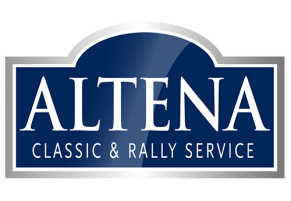 Though the Jaguar brand was first used in 1945, its factory had been founded long before. In 1922, William Lyons and William Walmsley laid the foundation of the firm in Blackpool, England, with the name of Swallow Coachbuilding Co. The factory constructed motorcycles and sidecars and later bodies based on the Austin Seven chassis. When in the 1930s their own SS cars were built, the company name was changed into SS cars Ltd.
The SS cars were conventional saloons and drophead coupes in the way many other British brands built them.
For obvious reasons, After World War II the company name SS Cars Ltd. was changed into Jaguar Cars Ltd. It was the birth of the now famous and popular make of Jaguar.

The pre-war SS models were sold under the name of Jaguar until 1948, and in this year the saloon, the MK-V, and a sports car, which was the much talked of XK 120, were brought onto the market.
The XK 120 was very successful, and established the fame of this name as one of the icons in the history of motorcars. The XK 120 could reach 120 miles an hour (almost 200 km/h), which made it the fastest production car of its time. Moreover, the XK 120 cost much less than the other comparable production models by Aston Martin and Ferrari.
In 1951 and 1953, Jaguar won the 24-hour of Le Mans with a racer based on the XK 120, the Jaguar C-type. It made the name outright immortal. Success was continued the next years with the Jaguar D-type, which surpassed its competitors with its disc brakes.
The XK sports car series was a success and the XK 120 was succeeded by the XK 140 and XK 150 over the years. The deluxe saloons were a spur to victory with the introduction of the MK I in 1957 and the MK II in 1959. This self-willed, streamlined sedan was a real ‘wolf in sheep’s clothing’. The car was fitted with the powerful 3.4 litre XK six-cylinder engine, which was good for reaching a top-speed of about 200 km/h.

In 1960, Jaguar took over the British Daimler, and from that time onward it used the name of Daimler for its deluxe, comfort-oriented models, and the name of Jaguar for its sporty cars.
In 1961, the famous Jaguar E-Type was born. The E-Type was inspired by the D-Type racing car from the fifties. Like the XK, the E-Type was an icon in the history of car making, with an almost alien design and excellent technology. The E-Type appeared as a roadster, as an FHC (Fixed Head Coupe) and as a 2+2. They also built some special lightweight E-Types to prolong the racing successes of the past. However, they did not succeed as competitors had copied the technical achievements of the D-Type.
In the production of the deluxe saloons, a large MK X was added to the MK II, and the contiguous S-Type, the 240/340 series and the 420/420G series were brought onto the market.

In 1968, the Jaguar XJ was designed and though evolved in many ways, the XJ is available to this very day.…
In 1971, a V12 engine was added to the Jaguar E-Type, and later in the Daimler Double Six and the Jaguar XJ 12. At that time, it was the only twelve-cylinder engine in serial production in the world.
In the mid-seventies, the E-Type had to clear the field and besides the XJ, the special-lined 2+2 came onto the market. It was the XJS. This car was also available as a convertible.

So far the classic period. In the future the Jaguar history from 1980 will be filled in.